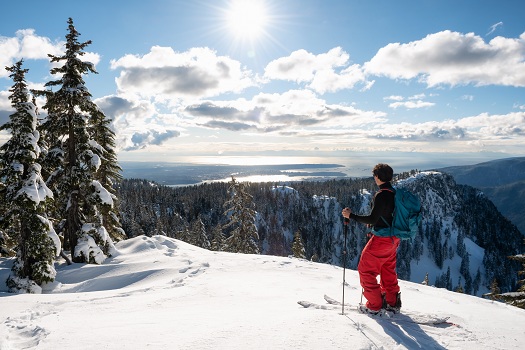 Many avid skiers hit the fresh powder at popular destinations like Mammoth Mountain because of the thrills—and sometimes spills—that naturally go along with this particular wintertime activity. However, if you have a passion for skiing at any level, you may not realize it’s also good for your mental wellbeing. Here’s a closer look at why skiing is good for you not just physically but mentally as well.

Skiing Gives You a Happiness Boost

Even if you only have time for occasional ski getaways, it’s a great way to get a happiness boost, and there’s research to back this up. Yonsei University in South Korea conducted a study involving nearly 300 people who skied, snowboarded, or did a little bit of both. The people who devoted most of their time to skiing reported being the happiest among the three groups studied.

It Raises Levels of “Feel-Good” Hormones

Because skiing is a form of exercise that requires constant movement, it increases the levels of endorphins, which are hormones naturally produced by the body and often referred to as “feel-good” hormones because they naturally provide a mood boost. This is one of the reasons many skiers often feel invigorated and mentally recharged after skiing.

Being in a Scenic Outdoor Environment Cheers You Up

The American Psychological Association cites research showing being outdoors and surrounded by nature boosts mental health and sharpens cognition. When you’re skiing, you’re smack-dab in the middle of the great outdoors—a snow-covered version of it, anyway. Many ski destinations, especially Mammoth Mountain, have ski areas surrounded by scenic wonders that can be mentally rewarding as you ski to your heart’s content.

Skiing Chases the Blues Away

If you’re feeling a bit down for one reason or another, skiing could be a good pick-me-up for you. According to Mayo Clinic, regular exercise, which can include skiing, boosts mood. Being physically active also reduces the anxiety and stress that sometimes goes along with being at an emotional low.

We all get a little stressed out from our daily routines from time to time. A weekend away where you spend most of your time skiing and relaxing can absolutely be a great way to de-stress. One of the reasons this is often the case is because skiing forces you to focus on your immediate surroundings at all times. This means you can clear your head, relax, and regain your mental focus as you ski. You can make your trip even less stressful by leaving your gear at home and taking advantage of Mammoth ski rentals when you get to the mountain.

Skiing Increases Vitamin D Intake (Which Can Boost Your Mood)

When skiing, you’ll be out in the sun all day. Granted, you’ll be pretty much covered as you ski, but there are still enough areas of skin exposed to allow for a sufficient uptick in the absorption of vitamin D, which comes naturally from the sun. Healthline.com cites research showing a link between vitamin D and the regulation of mood. There’s also evidence suggesting this important vitamin plays a role in warding off depression.

Skiers can leave their troubles behind and have a blast on the slopes at Mammoth if they plan ahead and make sure they have all the right gear. Whether they need accessories or ski rentals in Mammoth, visitors can rely on the team at Mammoth Bound for high-quality service and great advice from snow sports experts. Drop by our shop or contact us at [email protected]