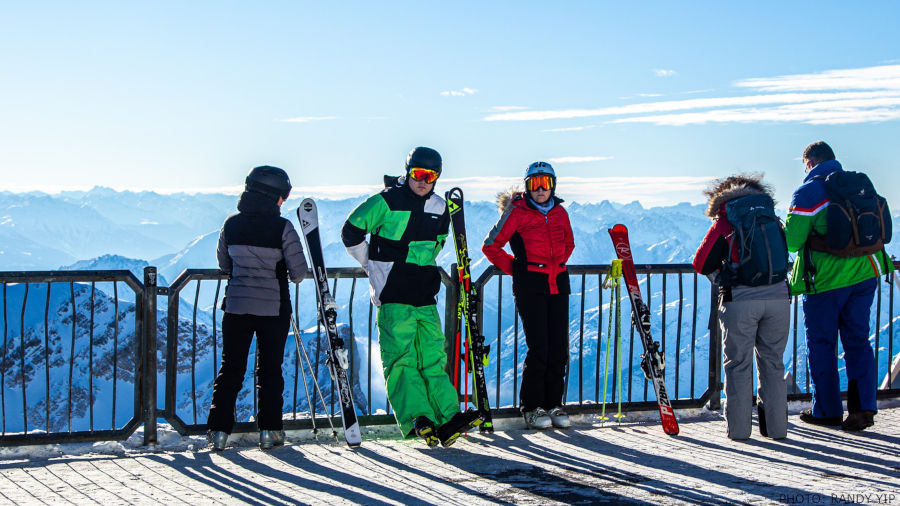 As passionate skiers and snowboarders, the Mammoth Bound team knows how important having the right gear is for having a great day at Mammoth Mountain. We also know that buying a set of skis or snowboard is a commitment that most people only get to make every few years, and that creates pressure to make the right choice when buying them.

Fortunately, demoing ski and snowboard gear in Mammoth is an easy way to make your gear decision based on experience and not advice alone. Too many people don’t know about demoing skis and snowboards though, so the Mammoth Bound team has listed what you need to know before demoing gear below. Keep reading to make sure you get exactly what you want from your next ski or snowboard purchase!

What is Gear Demo?

You can probably guess that a gear demo is when you try out a set of skis or a snowboard that is not used for rentals. However, there’s more to it than just that.

Demo skis and snowboards are typically products that a ski shop ordered to be sold but has decided to set aside for special rental purposes. Why they do that is unique to each shop and piece of gear. It might be because they’re nearing the end of the season and want to move that year’s models or found a small defect in the gear and are selling it at a discounted price.

No matter the why, the goal is to give the customers a chance to try out high quality gear before buying it. Since the gear is often more expensive than your basic rental snowboard or set of skis, the cost of riding on them for a day is typically more than a regular rental. However, if you decide to purchase the piece of gear that you demo then some shops will cut down the demo fee or attribute it towards what you pay for the gear. Some shops will even let you demo several different pieces of gear for the price of one or reserve your demo gear ahead of your visit.

How to Demo Skis and Snowboard Gear in Mammoth

The basics of demoing are the same as renting since you pay to ride a piece of gear for the day and return it after. However, the amount of gear available for demo is often much smaller than rental gear, so you need to be aware that you may not have access to the gear you want or even any gear at all if you arrive late in the day.

Each ski shop operates differently, so check their demo process beforehand to make sure you get the gear you want.

What if You Want to Buy Demo Gear?

Buying demo skis or snowboards is a great way to get quality gear since most ski shops keep their demo gear in excellent shape so people who ride it are more likely to buy. Plus, you might get a steep discount on the gear if the shop wants to restock soon or it’s near the end of the season. Most shops will let you buy the gear you’re riding, but to find out the specifics, such as if you can get it tuned-up before you walk out the door, you’ll have to ask the pros at your the shop.

Some skiers and snowboarders will ride demo gear aggressively since it’s not their own, so make sure you check demo gear that you’re interested in buying for signs of serious wear and tear before you decide to buy!