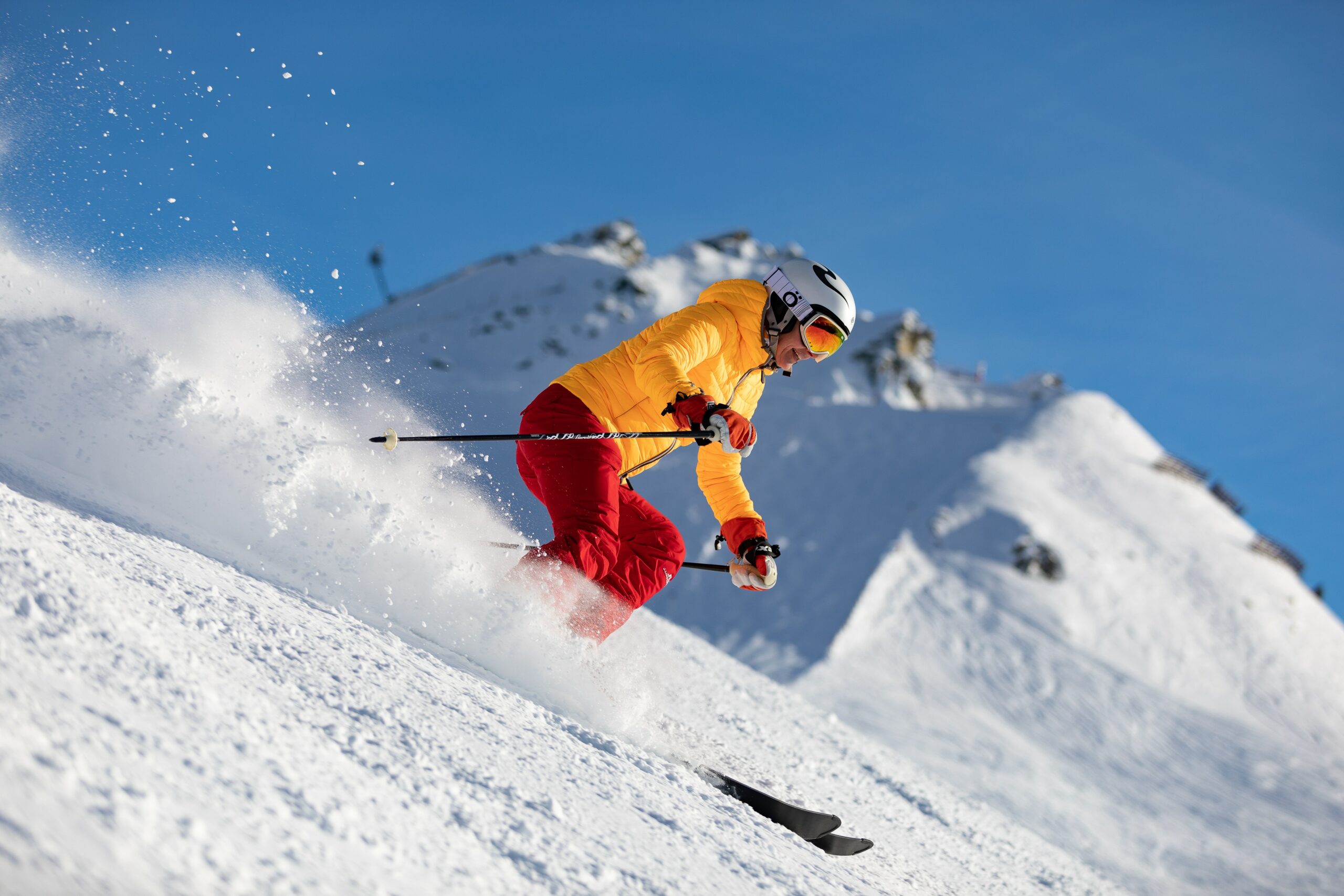 Posted on September 20, 2021September 26, 2021Posted in Mammoth BoundNo Comments on When does Mammoth Mountain Open for Winter?

When does Mammoth Mountain Open for Winter?

Mammoth Lakes’ beautiful summer weather, hiking and biking trails, and fishing waters bring just as many people to town as the snow does in the winter. Still, nothing gets the team here at Mammoth Bound excited more than the first cool fall breezes and the promise of winter they bring with them.

If you’re like us, then you’re probably already wondering when Mammoth Mountain opens for the winter. Unfortunately, there isn’t a certain answer as the date changes depending on the weather. That doesn’t satisfy our craving for snow though, and we suspect that it doesn’t fulfill yours either, so we’ve put together what you need to know about when Mammoth Mountain’s winter season begins.

Check it out, and then use Mammoth Bound to find the best Mammoth Lakes lodging and activities!

When the First Snow Falls

If you’re lucky enough to spend time in Mammoth Lakes during the fall, you’ll see some of the best fall colors in America. You might also see some early snowfall too!

Some years there may be snow falling as soon as Halloween, which is truly spectacular to see when combined with the fall colors on the mountains. Even though that snow often isn’t enough for skiing and snowboarding, if the cool temperatures stick around and the mountain can make snow then there may be an early opening day.

When Mammoth Mountain Opens for Winter

Typically, a storm hits in November that lays down good snow and, when combined with cold temperatures, Mammoth Mountain often opens around mid-November.

However, oftentimes much of the mountain is still closed on opening day and the snow on the ground is mostly manmade. Don’t let that keep you away from Mammoth on opening day though, as the entire community’s excitement for winter makes up for whatever the snow lacks.

Plus, you can often find great deals on gear and passes on opening day. Mammoth Mountain and the other businesses in the community love to contribute to the excitement, so keep your eyes open for deals if you visit on Mammoth Mountain’s opening day!

When the Entire Mountain Opens

It’s impossible to say exactly when all of Mammoth Mountain will be open, but you can be sure that it will be completely open by January when winter weather kicks into full gear. Many times the mountain is completely open by Christmas, making an excellent holiday for anyone who wants to ski and celebrate Christmas in one trip.

Although snowstorms can hit during December and November, the best storms hit anytime between January to March. Mammoth Mountain is known for its incredibly long season thanks to the high elevation and geography that funnels snow-heavy storms to town. In fact, some seasons have so much snow that skiers and snowboarders can still ride at Mammoth on the Fourth of July!

When Mammoth Mountain Closes for the Winter

Although Mammoth Mountain’s winter season can reach as far as into July and even beyond, typically the mountain closes in May or early June.

The mountain often closes just as it opens, with some parts closing before others. For example, Eagle Lodge often closes before Main Lodge. Oftentimes, the summit will close before the rest of the mountain since it needs more coverage for its steep terrain. Just like opening day though, the time around the end of the season is full of fun events and promotions like Mammoth Mountain’s famous pond skim!

When does Mammoth Mountain Open for Winter?