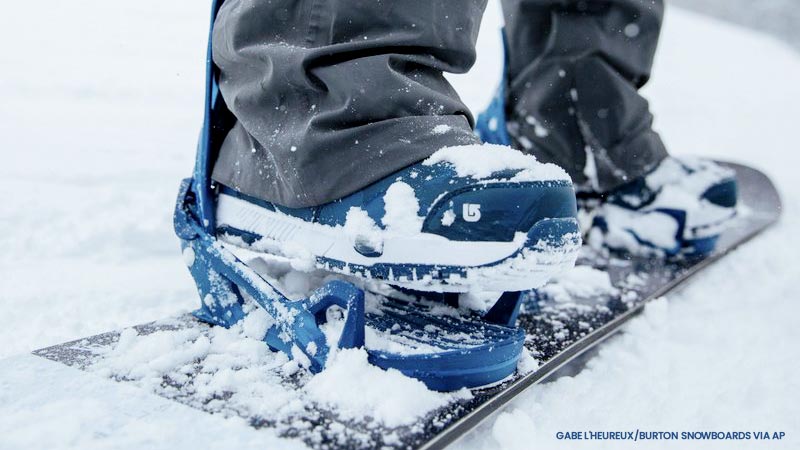 Posted on February 24, 2021February 25, 2021Posted in SnowboardingNo Comments on The Pros and Cons of Step On Bindings

The hardest day you’ll ever have on a snowboard is your first.

Due to the falls, strain on the body, and pure frustration of seeing other people slide past them with ease, new snowboarders need any advantage they can get during their first day on the snow. The bad news is that there is nothing that will speed up the learning process. The good news is that there is a way to make it easier.

Snowboard bindings traditionally consist of a baseplate that screws into the board, a tall back that reaches from the heel to above the ankle and two straps that go over the top of the foot. The two straps are tightened when you strap in so that your foot won’t come out of the binding and are loosened to release your foot.

Step on bindings have the same back and base plate as a normal binding, but there are no straps over the top of the foot. Instead, step on bindings use clips built into the side of the binding and heel of the boot to secure the foot to the board. For beginners, that means that strapping in goes from a difficult balancing act to taking a few simple steps into their bindings.

As convenient as step on bindings are, there are some caveats you should know about. For example, you need special boots designed to click with step on bindings if you want to use them. Since Burton is the only snowboard manufacturer that makes step on bindings, your only choice of compatible boots are Burton boots.

Anyone who has been on a ski mountain knows that there is nothing stopping a skier from riding straight from the lift and onto the slope. On the other hand, snowboarders must stop to strap in their back foot. If you’re a beginner snowboarder who is still getting your feet under you, then strapping in will mean at least sitting down and maybe even falling over a few times as you try to stand up.

Step on bindings solve that problem by making strapping in easy to do while standing up and as fast as one step. 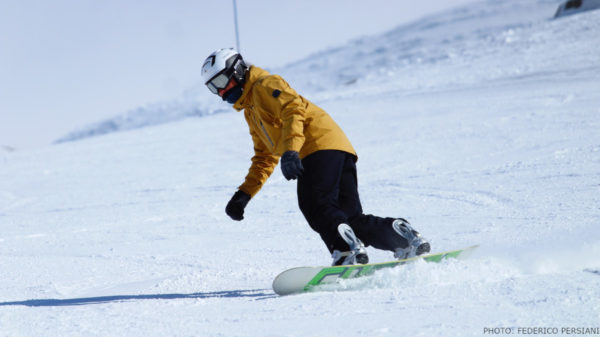 Con: Snow and Ice Can Build Up

Every binding can get snow and ice stuck inside of it, but if step on bindings get snow or ice stuck in them then it can interfere with the boot clicking into the binding. Burton designs their bindings and boots to prevent build up, but it’s difficult to avoid completely.

Pro and Con: They Restrict Movement

With normal snowboard bindings, boots move and flex slightly while you ride. The step on system works so well that snowboard boots move much less, creating a different feeling while riding. For some riders, this means that their gear just became much more responsive. For others, it means that they are losing the flexibility needed for their style of riding.

Whether the lack of movement allowed by step on bindings is good or bad comes down to personal preference, but if you’re a beginner then you likely won’t notice the difference.

If you’re about to head to Mammoth Mountain, check out the live cams for mountain and road conditions.

The Pros and Cons of Step On Bindings