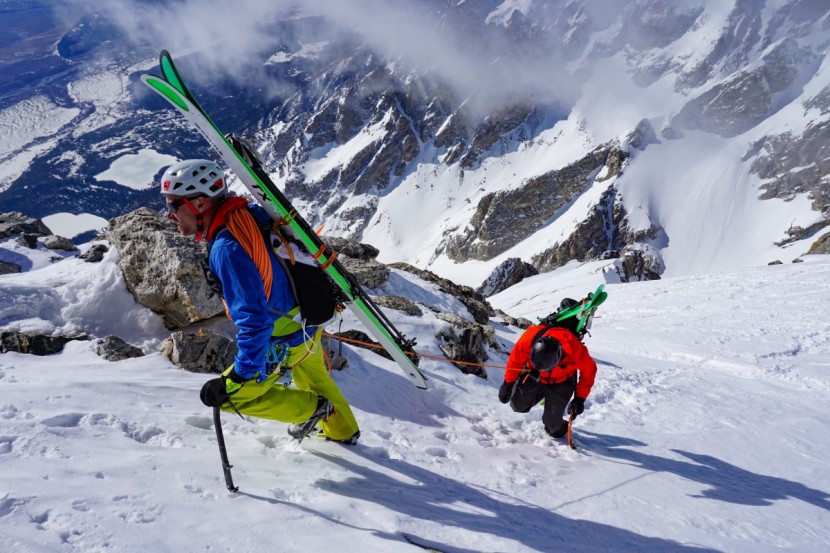 There’s nothing better than skiing and snowboarding at Mammoth Mountain, but there is one drawback.

After you’ve explored challenging terrain and gotten a taste of Sierra snow, you can’t help but want more.

The reason you can’t just walk into the backcountry isn’t because of a lack of lifts or sidewalks, it’s because it is much more dangerous than resort riding.

They also ride with knowledge of the area and dangers of backcountry riding, so if you only of one or neither of those things then hire a guide for your trip. Lastly, never venture into the backcountry alone. A buddy could be the difference between life and death, so always have one in sight!

We can’t cover everything you need to know about how to ride safely in the backcountry, so don’t let this guide be the only research you do ahead of your first trip!

There is Backcountry at Mammoth Mountain

Although it doesn’t technically qualify as backcountry riding, there are places within Mammoth Mountain’s boundaries where you can get the thrill and adventure of the backcountry without most of the risks.

If you’re new to backcountry or are just new to the area, then we recommend hiring a guide for a safe trip into the Eastern Sierra wilderness. A few of the most popular guide services are Sierra Mountain Guides and International Alpine Guides.

One of the most popular runs in Mammoth Lakes is The Hole in The Wall, but accessing it is dangerous if you’re unfamiliar with the area. Nearby are Sherwin bowls, Duck Pass, and Solitude Canyon which can all be accessed from the Lakes Basin. Don’t forget that the roads leading into the Lakes Basin are closed throughout winter, so be ready to hike! Just outside of Mammoth on Highway 395 is White Wing which can be accessed by parking off 395 and following Glass Creek up the mountain.

Remember to bring plenty of water, food, and cold weather gear along with your backcountry safety gear. Doing anything at over 10,000 feet can be exhausting, but hiking through snow on steep inclines with ski and snowboard gear is even more tiring at elevation. Prepare physically and mentally for your trip into the backcountry so you’ll be able to do it all over again the next day!

This website uses cookies to improve your experience while you navigate through the website. Out of these, the cookies that are categorized as necessary are stored on your browser as they are essential for the working of basic functionalities of the website. We also use third-party cookies that help us analyze and understand how you use this website. These cookies will be stored in your browser only with your consent. You also have the option to opt-out of these cookies. But opting out of some of these cookies may affect your browsing experience.
Necessary Always Enabled
Necessary cookies are absolutely essential for the website to function properly. This category only includes cookies that ensures basic functionalities and security features of the website. These cookies do not store any personal information.
Non-necessary
Any cookies that may not be particularly necessary for the website to function and is used specifically to collect user personal data via analytics, ads, other embedded contents are termed as non-necessary cookies.
SAVE & ACCEPT